Sunday 29th August marked the second annual Interfaith Fun Run, held at the London’s ‘StoneX Stadium’ organised by Maccabi GB and Faith and Belief Forum. The All Faiths Network joined teams of people from a wide variety of religions and communities, on a day where people gathered in unity, running side by side to raise funds for their chosen charity. 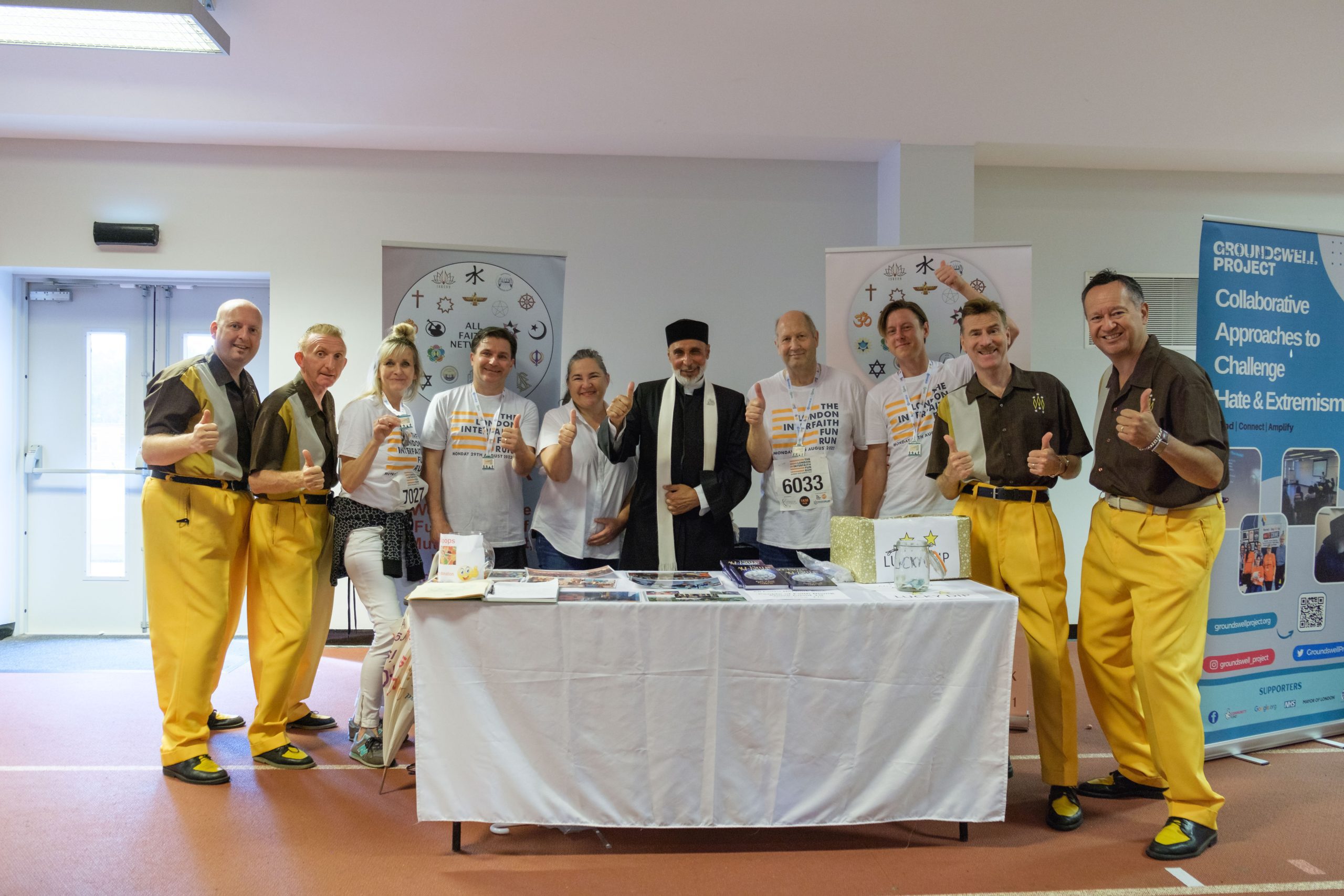 The 1,000 strong team of volunteer runners and attendees were entertained by the No 1 Jive band – ‘The Jive Aces’, who were invited along by the All Faiths Network.

The runners could choose between 10k, 5k and 1k races whilst spectators and runners were entertained with live music, stalls manned by the different charities and children’s games for those who wanted to bring their younger family along with them. 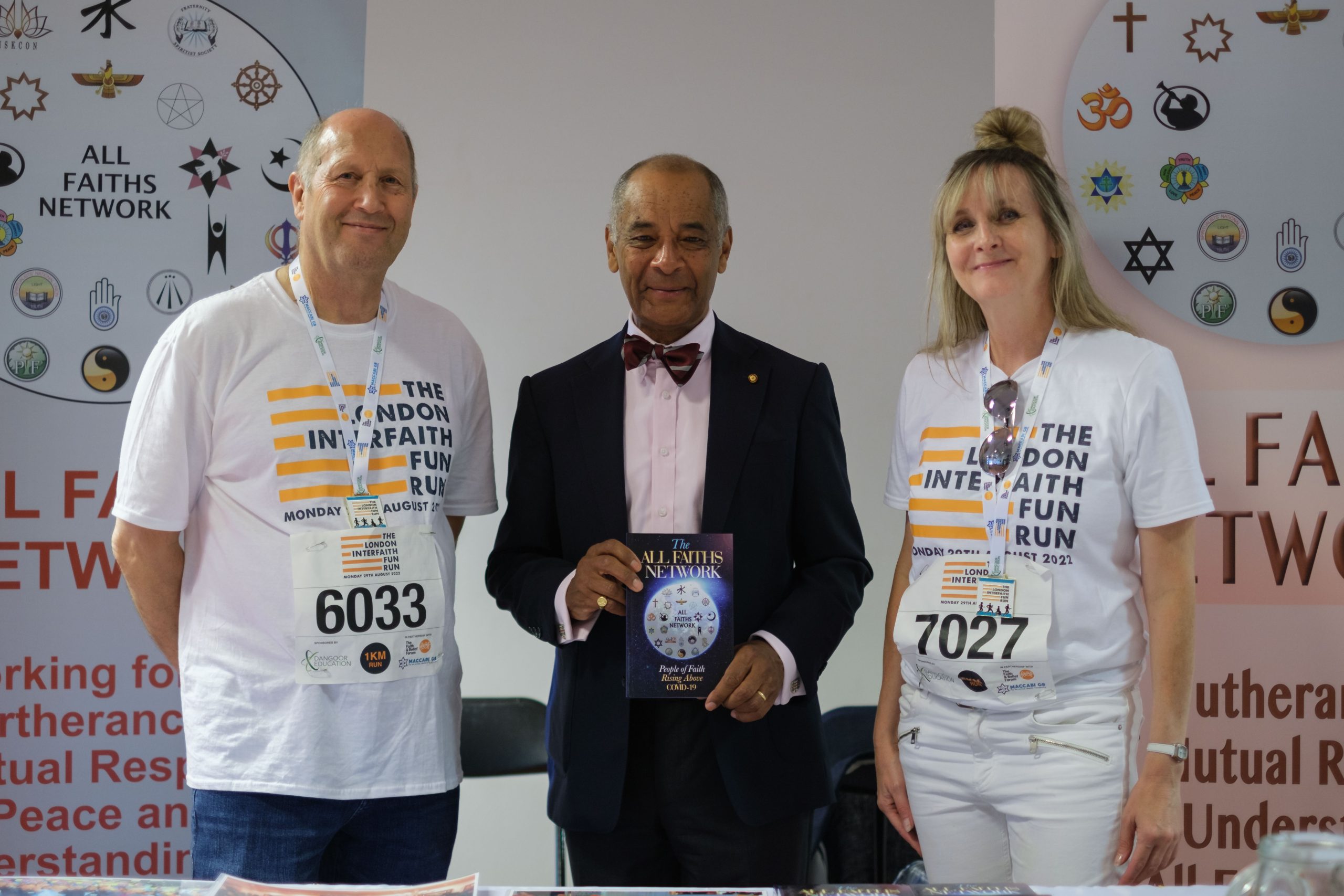 Martin Weightman, Director of All Faiths Network said, “It was a lovely day with so many different faiths all together under the same roof and sharing their different activities with each other. There was a real spirit of friendship and it is clear that religious people of good will can easily live, work and play together without conflict.” 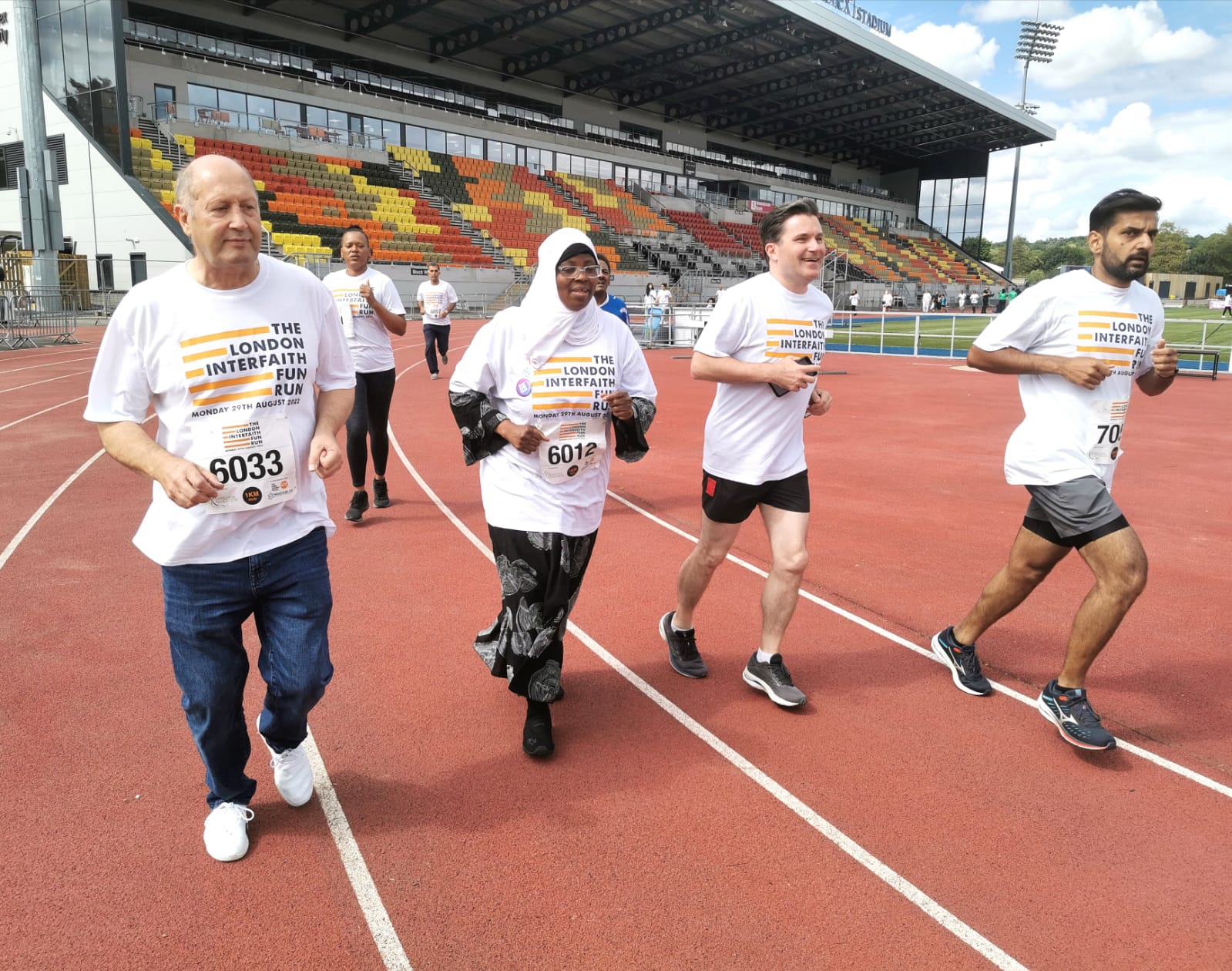 The Lord Lieutenant of Great London, Sir Kenneth Olisa OBE, gave an inspiring talk to the attendees pointing out that whilst one often reads and listens to bad news, this is not the reality of London and there are so many positive things going on. He said that faith activity was one of the central planks that he is encouraging and acting on, on behalf of the Queen, pointing out that it was religious communities that had risen to the challenge during the pandemic and had helped those in need in many different ways when times were hard. 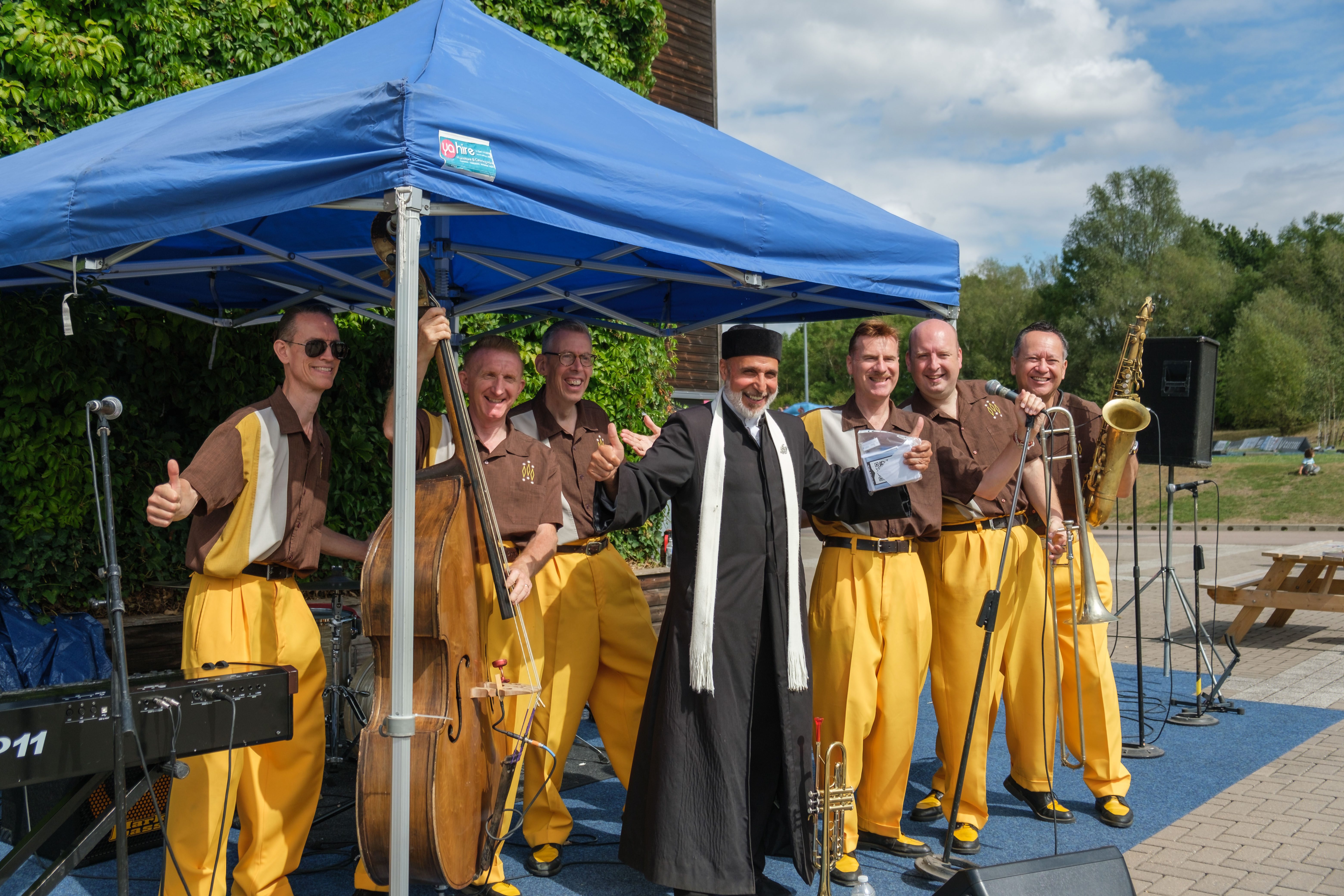 The Jive Aces, who lifted the crowd with their energetic and high spirits jive music, were really excited to be able to support the event and contribute to the day’s festivities.

Jive Aces lead singer, Ian Clarkson said, “Individually and as a band we were more than happy to support the aims of the event and we are always working to bring sunshine into people’s lives whilst encouraging a multiplicity of different communities and faiths to live together in harmony and peace.” 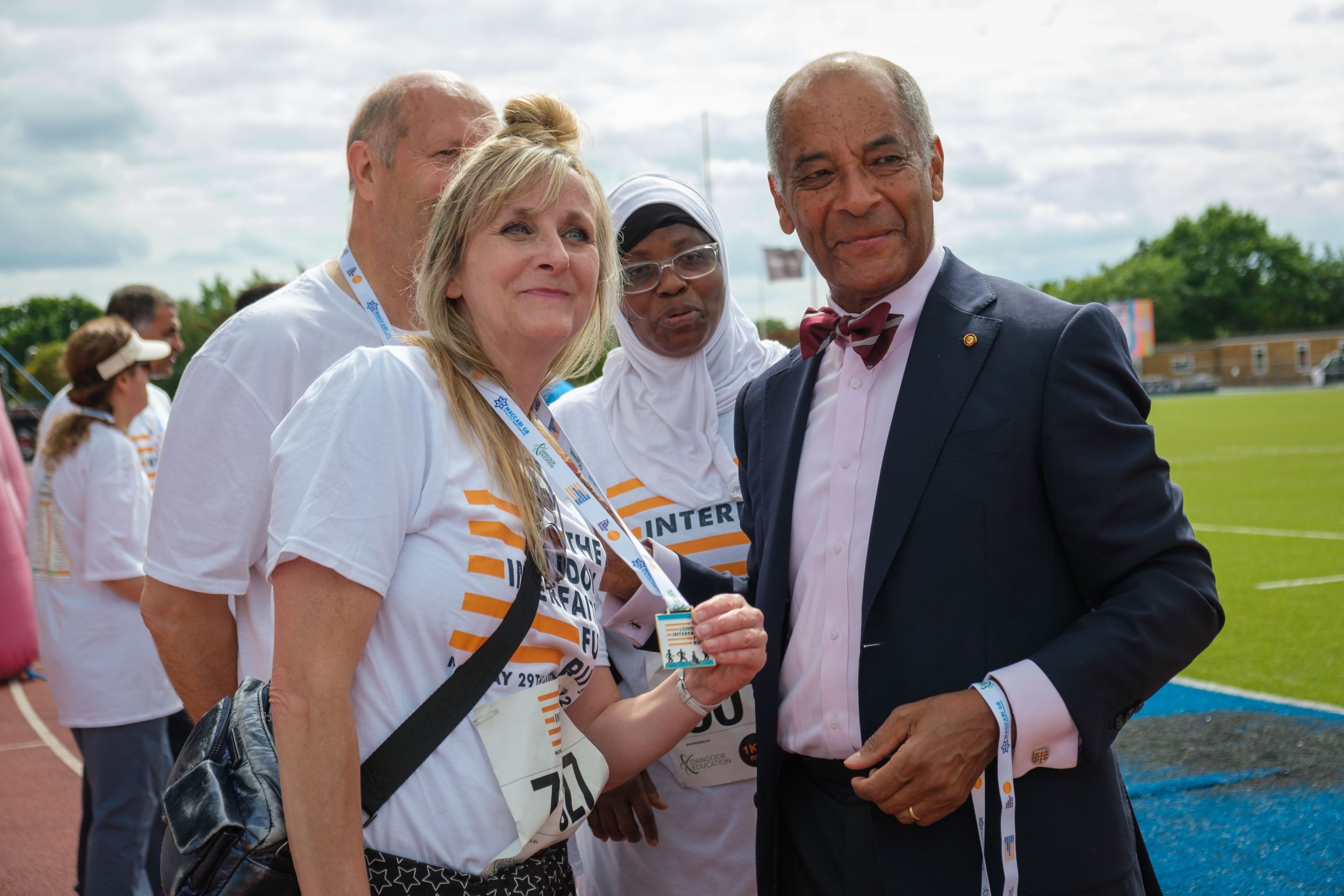 Tracey Coleman, AFN’s events manager praised the organisers for their vision and said, “Sport is an excellent way to build bridges between faith communities and clearly here today there was nothing but friendship and interest in each others faith. Our stall was busy the whole day with people asking who are we what do we do? This is where interfaith dialogue begins. I was very happy to run alongside my sister from the Southwark Muslim Forum and meet so many beautiful people of faith” 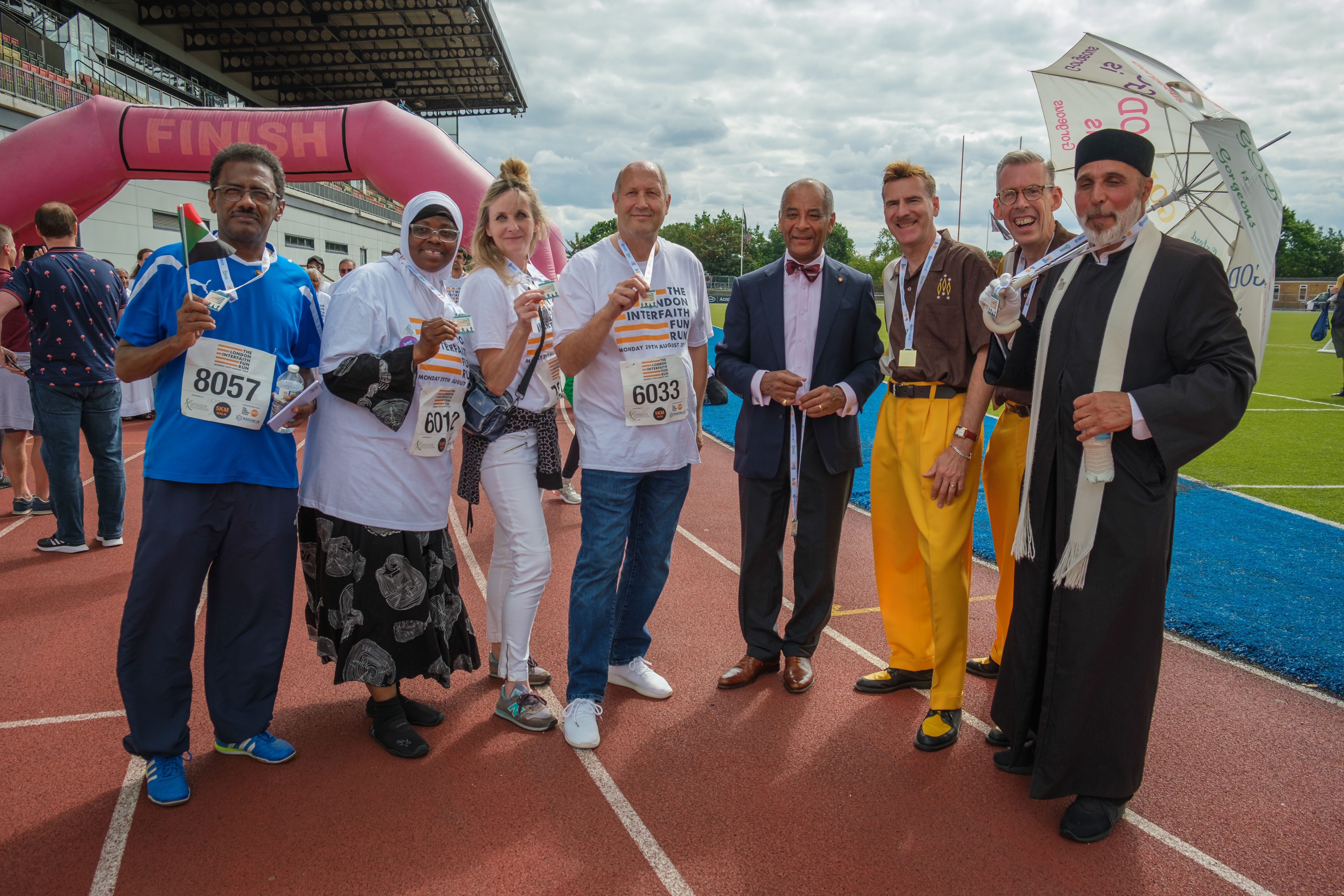 Hajia Saidat Oketunde, Director/Chair SMF& Founder FWCU told AFN that, “It was amazing and wonderful to race and work with all Faith Networks, @ London interfaith Fun Run 🏃‍♀️ showing powerful ideas of togetherness, connecting and sharing our common values of tolerance and understanding our differences. Interfaith is important to show the whole world that we are one, before Faith and after faith with respect, and to also promote peaceful coexistence.”

The All Faiths Network already does a yearly concert for Interfaith Week in November, focused on music, dance, song and poetry from a wide range of different faiths. The All Faiths Network and the Jive Aces are now looking at developing a project to have a multi-faith musical partnership comprising people from all walks of faith. 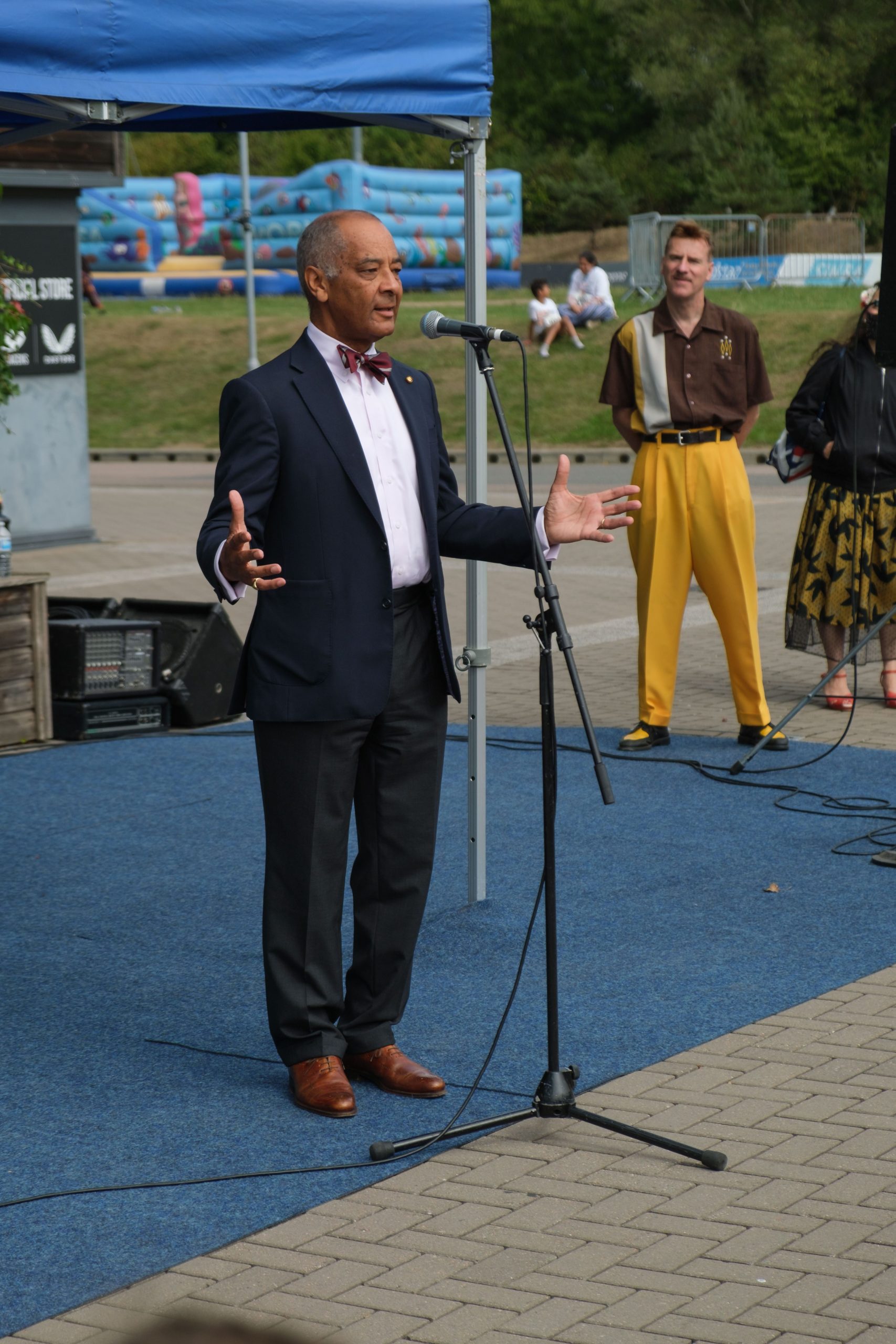 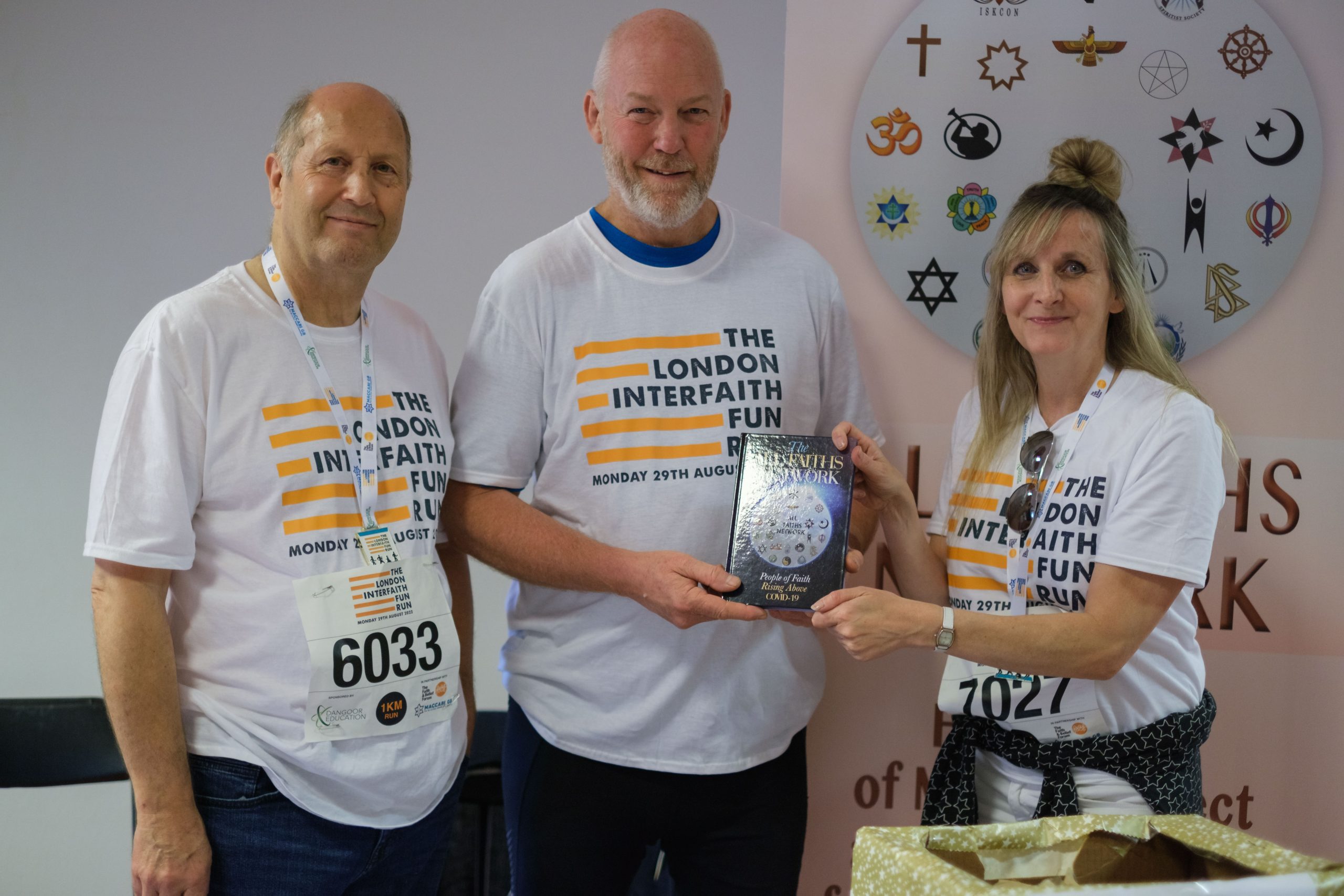