The All Faiths Network finds the recent European Court of Justice decision allowing companies to prohibit workers from the “visible wearing of any political, philosophical or religious signs” as potentially providing an excuse for employers to discriminate, ironically, under the pretence of non-discrimination. It simply does not give enough importance to the right to manifest one’s religion.

Whilst the decision in itself is not a ban, it does allow companies to implement such a ban. In our view it is incompatible with Article 9 of the European Convention on Human rights which states that “Everyone has the right to freedom of thought, conscience and religion; this right includes the freedom to … manifest his religion or belief in worship, teaching, practice and observance.” which can only be subject to “such limitations as are prescribed by law and are necessary in a democratic society in the interests of public safety, for the protection of public order, health or morals, or for the protection of the rights and freedoms of others.” 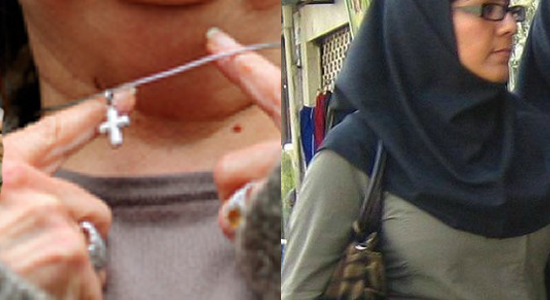 The simple wearing of religious symbols does not raise the bar high enough to justify any limitations under the convention (except perhaps in certain very specific circumstances). The ECJ’s decision contributes to an already ongoing process of stripping society of religious manifestations and values.

The AFN can understand that proselytism in the workplace is not the proper place to discuss religion (though surely we should not discourage discussion of religion in the workplace either – just ensure there is no unwanted intrusion and imposition – after all workers talk between themselves about all the things under the sun). We have no difficulty on there being appropriate restrictions here. However, wearing something is not proselytism and this decision will prevent Muslim ladies from wearing headscarfs, Sikhs from wearing turbans and Christians from wearing crosses around their necks. This decision to nullify all sight of religion pushes society to the other extreme of politically correct madness.

Every day we can see women wearing headscarves and serving in shops, bankers wearing turbans and accountants wearing crosses. This decision can lead to a kind of ‘neutering’ of social conditions. Whatever happened to the richness of tolerance and understanding?