Exploring Belief, the second Religion Media Festival, featured a stellar line-up of speakers and included panel discussions on some of the most important issues facing religion and media today:

This was the second conference of the Religion Media Centre with keynote speaker Rabbi Lord Jonathan Sacks, who was Chief Rabbi from 1991 to  2013.

The Centre is an “independent, impartial body helping journalists  and other media professions to cover religion”. For more information and a full account of the conference which also covered subjects such as  “digital religion” and “reporting religion” and included speakers from  the BBC, journalists, a Muslim hip-hop rapper and people from other religions please go to https://religionmediacentre.org.uk/. 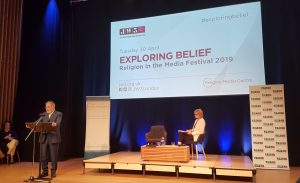 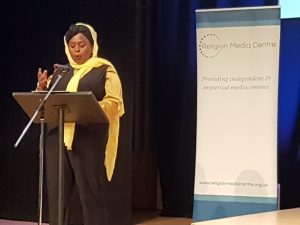