Religious freedom and belief often “take a back seat” to policymaking, according to Martin Weightman, the director of the All Faiths Network, who told participants that the rights of religious minorities are overshadowed by issues affecting other groups.

“Some countries are more open to accepting religious minorities while others expressly take actions to exclude such groups from entering into the mainstream, including through legislation on head coverings and the wearing of religious symbols.

Weightman was one of the keynote speakers at the Faith and Freedom Summit, a coalition on NGOs was launched in June last year to highlight areas where religious freedom is threatened in the EU.

As part of its ongoing campaign, it has issued a pledge to candidates in May’s European elections, asking them to commit to defending the freedom of conscience and religion of all individuals.

Weightman explained that his organisation is an interfaith and human rights group that is active in the UK and other parts of Europe and has “taken an active role” in speaking out against discrimination against religious minorities.

“Some may ask why this is so important. It is important because the issue is too often brushed under the table, including here in the EU. The issues we are talking about today all too often have to take a back seat compared to the rights of other groups. One of the problems in this is that this situation can bring about a conflict. That is why it is important and why such rights must be respected,” said Weightman, who added, “We have to do more to ensure things like bigotry, discrimination, harassment, and violence against religious minorities are given more prominence both at EU level and elsewhere.”

Also see these other articles by Martin Banks: 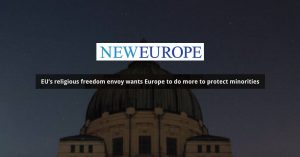 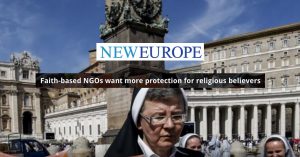 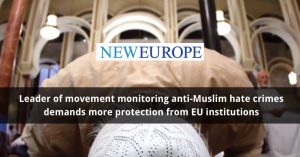