On the 28th of June at Brussels the Faith and Freedom Summit conference, was organised by the third largest party in the European Parliament – the Alliance of Conservatives and Reformists in Europe (ACRE) in the premises of the prestigious Solvay Library. Speakers and participants from several countries attended a packed one-day conference that covered the many aspects of the protection of freedom of religion and belief in Europe and its challenges in the modern society. 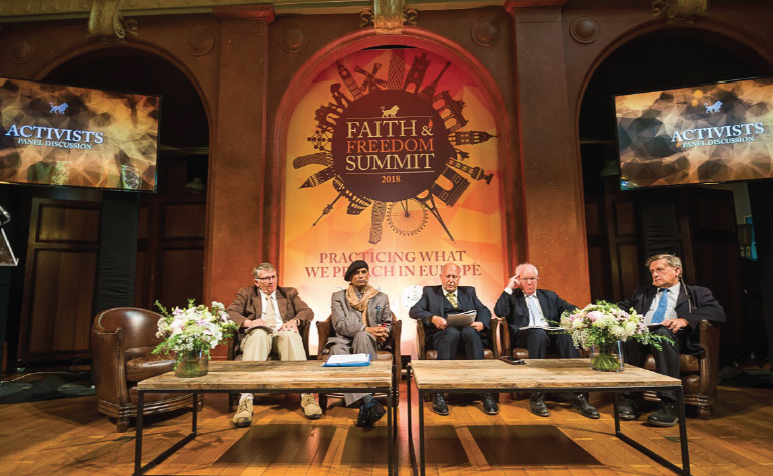 The relevance and importance of this summit was to ponder and focus on the problems experienced by religious and spirituality groups and by their members in Europe with an eye on the obligations on States to promote and implement freedom of religion and belief in accordance with the international human rights standards.

There have been a number of speeches and interesting round tables in which eminent scholars, professors, lawyers and activists elaborated on issues ranging from the problems experienced by individuals and groups and the activities of NGOs and the initiatives taken by politicians in this field in Europe and the legal implications between law and religion.

Distributed to all Members of the European Parliament and beyond and published in the magazine celebrating the conference, AFN’s Director, Martin Weightman article entitled “The Union as an instrument for freedom or repression. Which way will it go?” was also the theme for the general introduction he provided to the “activists panel” that he chaired in the morning session to identify real religious freedom issues within EU institutions and EU member states whilst exploring ways in which to the EU could adapt to meet the standards internally that are preached externally.

As he said in the article “At the core of our rights system and especially the right of freedom of religion or belief is the concept that each individual is a free being and should not be subject to the slavery or domination of another, much less a political structure. Rights also cover freedom of expression and assembly and many others but freedom of religion or belief goes deepest and to the very core of each one of us as individuals. Whether you ascribe such a right to the creator of this universe or whether you consider these to be natural rights inherent in life, the result is the same – you have an ultimate right to freedom of existence. And that existence is invariably underpinned by your belief system. The only limitation may come from living in society with others where rights are by necessity subject to certain restrictions that are balanced against the rights of others.

“Governments and institutions (or rather, perhaps, individuals within them) may be jealous of this right as it puts the individual beyond the reach of the state. This is very clearly manifested through the actions of any totalitarian regime where freedom of religion or belief is at best unduly constricted and very often violently repressed. What better way then, to ensure a free society and to weave into its very structure, than to create a place and position for freedom of religion or belief at the highest level of importance? This must be reflected within its political instruments to make sure it cannot be violated – forever a bulwark against repression and forever a light of vigilance against incursion of individual hope and dignity.
“It is for this reason that the European Union must firmly integrate freedom of religion or belief into its political processes – not to judge or discriminate – but to protect and eek out abuses of religious freedom. The State, or in this case, the union of states called the European Union has to fully take on board these principles, to endow within the safeguards it adopts the power and the teeth it needs to ensure them and not simply give them a passing nod.”

The full article is available here: 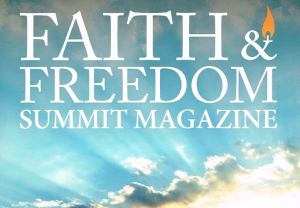 The panel and conference went on to explore solutions and approaches to these issues which will be compiled and formulated into a comprehensive action plan to move forward this campaign.
All Faiths Network
For more information contact info@allfaithsnetwork.org.uk