The Guardian reports that French Education minister Najat Vallaud-Belkacem says pupils should be taught that the separation of church and state is there to protect them, and that the principle has been twisted by rightwing politicians.

Villaud-Belkacem told the Guardian that the principle of secularism has often been wrongly used to attack Islam, and that schoolchildren have been left baffled. 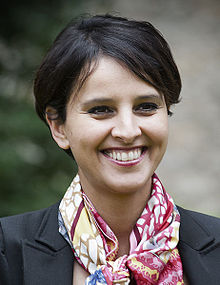 Najat Vallaud-Belkacem told the Guardian that after last year’s devastating jihadi attacks in Paris, France was overhauling the teaching of secularism and civic values as part of the country’s drive against terrorism and radicalisation.

“We have to reappropriate the concept of laïcité [secularism]so we can explain to our young pupils that whatever their faith, they belong to this idea and they’re not excluded. Secularism is not something against them; it protects them,” she said.