All Salles´ recommendations – identified by former International Helsinki Federation Director Dr. Aaron Rhodes as “a recipe for discrimination and intolerance” and something that would “provide cover for arbitrary interference in religious life” – were cancelled. Instead, a completely different proposal was proposed and adopted: 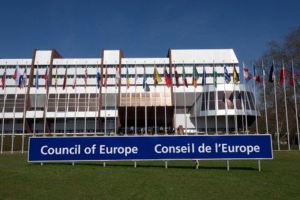 The Assembly therefore calls on the member states to sign and/or ratify the relevant Council of Europe conventions on child protection and welfare if they have not already done so”.

Salles´ proposals to establish information centres, establish a European observatory, carry out specialist training and a range of other actions on groups he derogatorily called ´sects´ – were all rejected by the Parliamentary Assembly.

Over 80 dedicated human rights organization and experts in criminal law, religious freedom and human rights from throughout the world, as well as a petition signed by more than 10,000 signatories, addressed the President Ms Anne Brasseur and key political figures of the Parliamentary Assembly asking for the proposed antireligious recommendations to be rejected.

While religious minorities still need to be alert to attempts of repressive individuals who try to use government positions to impose restrictive policies, the final resolution protects minors of religious minorities in light of article 9 of the Convention. At the same time it requests the Member States to implement policies of non-discrimination between traditional, non-traditions, new religious movements and “sects”, as can be seen in point 9 of the final resolution:

Attempts by some Parliamentarians to remove the word ´sect´ entirely were rejected – although this was quite contradictory to the main direction of the majority of the amendments that were accepted. This can only be understood in terms of a political compromise where a report, having no factual basis, was thrust upon the Assembly and pushed through on a last-minute basis. Never-the-less, the fact that all the negative and discriminatory proposals were rejected is a positive sign that the Assembly saw through the attempts of Rudy Salles to impose a model of the French discriminatory approach to religious minorities on the rest of Europe.