AFN members attended a conference at the United Nations in Geneva to celebrate the 70th Anniversary of the Universal Declaration on Human Rights. AFN Director, Martin Weightman, moderated a panel on Faith-Based Organisations Committing to the UDHR. He opened with an introduction saying that religions can be used and abused but at the core of them lies the essence of how a person perceives oneself and others.

This is very relevant to society and human rights. He then went on to say that in religions one can find human rights principles which are expressed in different ways in the texts of the religion well before these became a composite body of rights that should be applied to us all. 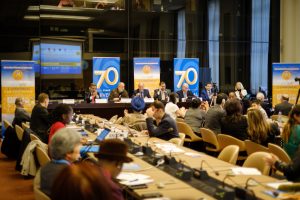 anels consisted of an introductory panel with representatives from several Permanent Missions to the UN, another on “Commitment to Human Rights through Education” and one on “Activism and International Organizations and Institutions”.

The conference was organised by two UN recognised NGOs (ECOSOC), CAP and VIDA and sponsored by the Australian and Philippines Permanent Missions to the UN.

In a statement after the conference Mr. Weightman said, “The conference brought together different religions and civil society NGOs under a common purpose – that of celebrating and advancing the Universal Declaration on Human Rights.

“It was clearly acknowledged by all attending that the UDHR is a “work in progress” – there is still so much more to do. Yet at the same time, we acknowledged the steps that have been taken by those at the co

nference, and many others around the world, in uniting together under the purpose of implementing the different precepts of the Universal Declaration.

“At a grass roots level we saw there is a strong willingness to take action and move principles into practice. And of course, there are barriers. Ways to overcome these barriers were highlighted by the different panels: tools for education about different aspects of human rights; ways in which to work more closely together, not only through interfaith cooperation but also by recognising and drawing out the rights inherent in religions; different groups working more closely together, whether religious or civil, and in doing so addressing more directly some of the core human rights issues in society.

“In summary, this was a valuable initiative which will, I am sure, be built upon and developed into a significant force of change to improve conditions in our world.” 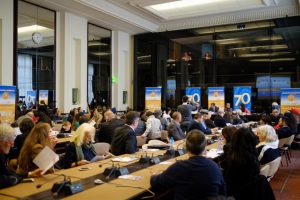 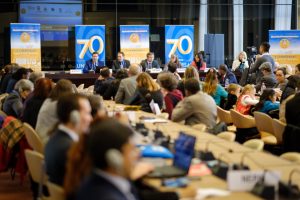